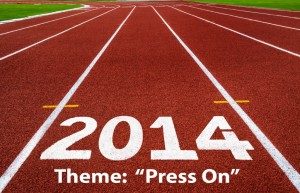 In my recent post, I shared my deepest sorrow from the last year as I grieved a miscarriage.  I needed to hear the Lord continuously whisper, “Press On,” as I felt despair and a lack of purpose.  It wasn’t in my own strength I was able to grieve, heal, and move on.  It was through the strength Christ gave me each day.

So many days I felt numb emotionally and spiritually.  There are still hard days, but it seems the worst days are now behind me.  Indeed, I needed to “press on.”

This past year we also faced a financial loss with our business.  We were unprepared for the taxes we would need to pay for our business and ended up in thousands of dollars of debt to the IRS.

Thankfully, this year we formalized our business as a LLC…we are now officially Body and Soul Publishing LLC!!

Next year should be much better regarding taxes as we are preparing ahead of time and our tax guy said he should be able to save us almost half of what we owed this year.  Whew!

However, this financial loss hit us hard as a growing business and we are still working to pay off the debt we owe.  Therefore, I often needed to be reminded to “press on” and not give up on our business.

From 2002-2004, CJ and I served as missionaries in the country of Belize.  During that time we formed a non-profit, “Proclaiming the Truth” to support our work there.  However, 10 years later, we knew it was time to close the doors of our non-profit for good.

We let all of our supporters know about the transition and we officially shut down our non-profit this year.  Although I knew it was the right thing, I still grieved this loss.

Again, I needed the encouragement to “press on” and trust God with the plans He has for CJ and I and our ministry together.

This past year was a year for refocusing our business.  I realized – for many reasons – it was time to let go of my website, Self-Publishing-Coach.com (I’m actually in the process of selling it now), retire all of my products from that site, and start a new brand.

And in the process, TrainingAuthors.com was born.

The rebranding has been a blessing and we relaunched products this past summer on the new site.  However, I still grieved the loss.

I also completely retired my entire line of vegetarian cookbooks, shut down that website, and deleted all the social media accounts connected with it.  Although I had sold thousands of dollars in cookbooks, it was not my passion.  I realized it was time to focus on one thing instead of trying to do multiple things.  It was still hard to let go.  But, I knew I needed to “press on.”

This past year I also made a big decision professionally.  I did not take this decision lightly.  I agonized, prayed, and sought wise counsel.

It took me months for me to make the final decision and finally obey what I felt God was leading me to do.

This past year, I felt God asking me to NOT renew my P.T. license.

I know a lot of people won’t understand this decision and that is why I have hesitated to share about it publicly.  But, it is now a year later and there is no turning back.  I officially resigned my physical therapy job over 3 years ago.  However, I never imagined I would give up my license and my ability to practice for good.

Getting a physical therapy job was always my “Plan B” if things didn’t work out.

However, after much prayer, I knew it was what God was asking me in my particular situation to do.  It was hard.  Really, really hard.  I worked hard for my degree and was respected for it.  And God was asking me to give it all up.

Because of the financial pressures we faced this year, I really believe I would have sought out a P.T. job if I still had my license.  Doing this would have prevented us from moving forward in our business like we did this year.  Instead, I had no other options (no “plan B”) and therefore put myself 100% into building our business.

Those of you who own your own business know it is not easy.  Many days I have wanted to give up.  And I think if I would have had an easy way out, I would have taken it in 2014.

And therefore, I needed the constant reminder to continue to “press on.”

Although I’m not sure I would really call it a “crisis” I did struggle with some health issues this year.  I was feeling fatigued all the time and low on energy.  I had many tests taken and no one could seem to pinpoint what was going on.

It seemed to be due to stress and possibly all the running I was doing (more on that later), but nothing seemed to help. I took many different types of supplements and tried eating differently.  I even gave up sugar AND coffee for about 6 weeks.  Those of you that know me well, know how big of a sacrifice that was as I LOVE my coffee.  Needless to say, it didn’t help and so I’m back to drinking my coffee again.

In the end, I do think it was related to the long distance running I was doing.  The last four months I haven’t been running as much and feel MUCH better.  Although I will continue to run, I realize my body does not seem to like the longer distances.

But, dealing with this health issue for most of the year was another reason the theme “press on” was just what I needed.

Finally, this theme had significance for me as I attempted some great feats in running.  I was chosen to be a sponsored runner for the PikesPeakSports.us team to run all three races in the Colorado Springs Triple Crown of Running.

CJ participated in the Triple Crown in 2013 and ended up fourth overall in the standings.  I watched him train and cheered him on.  And I decided to sign up for it myself.

The biggest race of the year was the Ascent.  It is a half marathon that climbs Pikes Peak and ends up on the summit, 14, 110 ft.

Many times throughout my training, I needed the encouragement to “press on.”  This was the most difficult thing I ever attempted physically in my life.  It challenged me in ways I have never been challenged before. 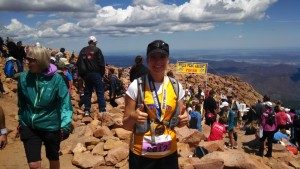 And when I crossed the finish line around 10 minutes FASTER than my biggest goal pace, I had tears in my eyes.  I knew the significance of finishing the Ascent was so much more than just the physical accomplishment.

It was a representation of my entire year.

I have faced so many losses and obstacles in the past year  I have often wanted to give up.  And yet I persevered and have “pressed on.”  Not in my own strength, but in the strength of Christ.

When running my races in 2014 I often said over and over, “I can do all things through Christ who strengthens me.” (Phil 4:13)

Therefore it was fitting for me to purchase a medal rack with that scripture on it to remind me of this year and all that God helped me accomplish. 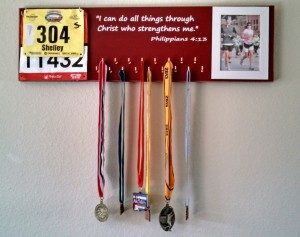 Our pastor shared these verses last January after I had already chosen the theme press on.  They were perfect for me…

“Not that I have already obtained all this, or have already arrived at my goal, but I press on to take hold of that for which Christ Jesus took hold of me. Brothers and sisters, I do not consider myself yet to have taken hold of it. But one thing I do: Forgetting what is behind and straining toward what is ahead, I press on toward the goal to win the prize for which God has called me heavenward in Christ Jesus.” Philippians 3:12-14

I’m looking forward to a fresh start in 2015.  The theme I believe the Lord has given me for this new year is “GROWTH.”  I look forward to growing personally, spiritually, professionally, etc. in 2015. 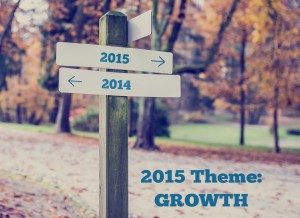 Do you have a theme for each year?  What did you see God do in your life in the last year?